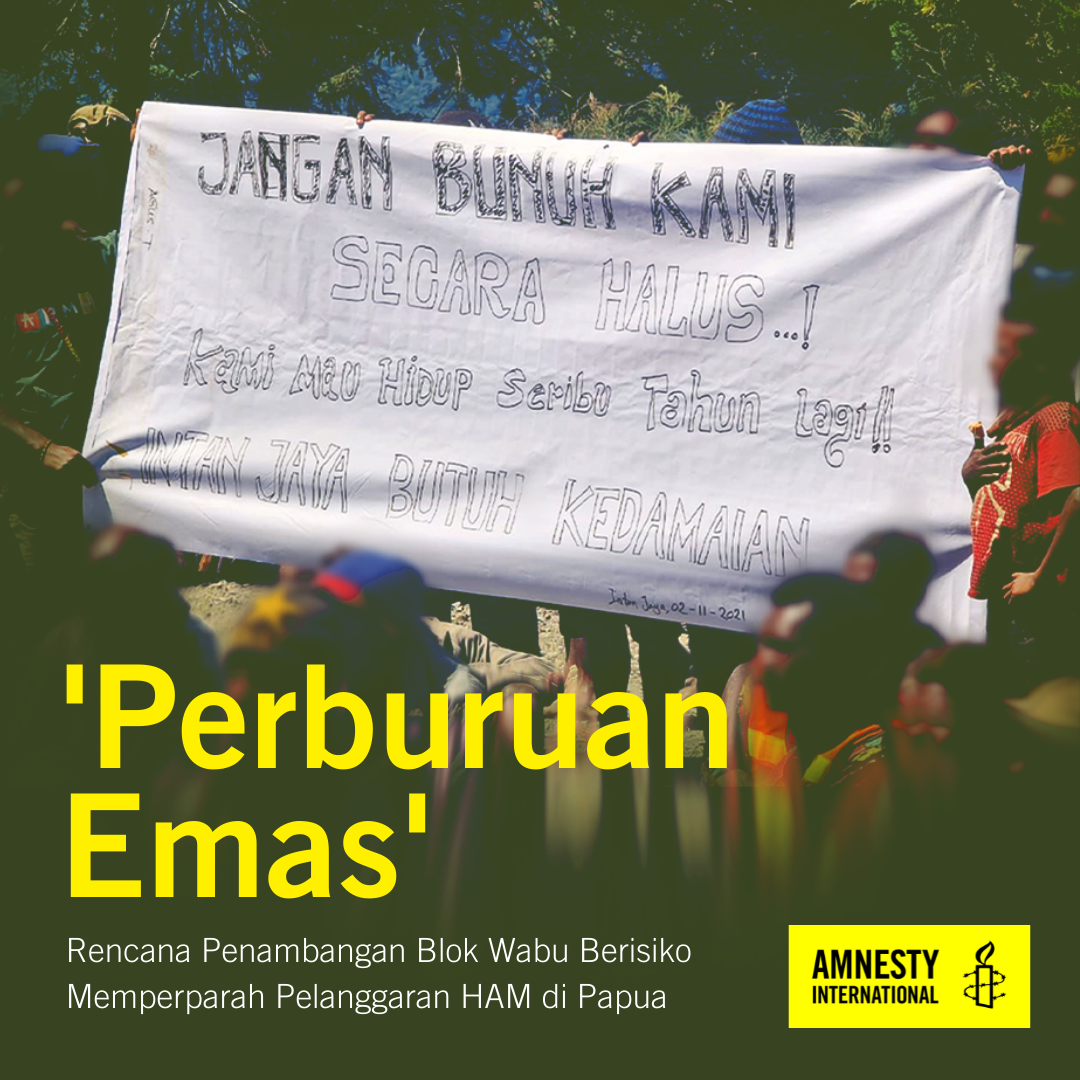 The land rights of our Indigenous Papuan friends are threatened yet again!

The Indonesian government plans to develop mining activities in an area that has become a hotspot for abuses by government security forces.

Between 2020 and 2021, at least 12 Indigenous Papuans in the Intan Jaya regency have been victims of unlawful killings carried out by Indonesian security forces. Most of the Indigenous Papuans are also living under pressure where their rights are being repressed. And yet, far from providing a sense of security and access to justice, the government is instead planning to dig a gold mine in the conflict-ridden area!

Within the Sugapa district of the Intan Jaya regency lies one of the biggest gold ore reserves in Indonesia, known as Wabu Block. In September 2020, the Government of the Republic of Indonesia expressed its interest in exploring the location. While the area of the Wabu Block mining concession has not yet been officially declared, Amnesty obtained an official document that detailed the proposed area of mining concession (Wilayah Izin Usaha Pertambangan Khusus, WIUPK) in Wabu Block. 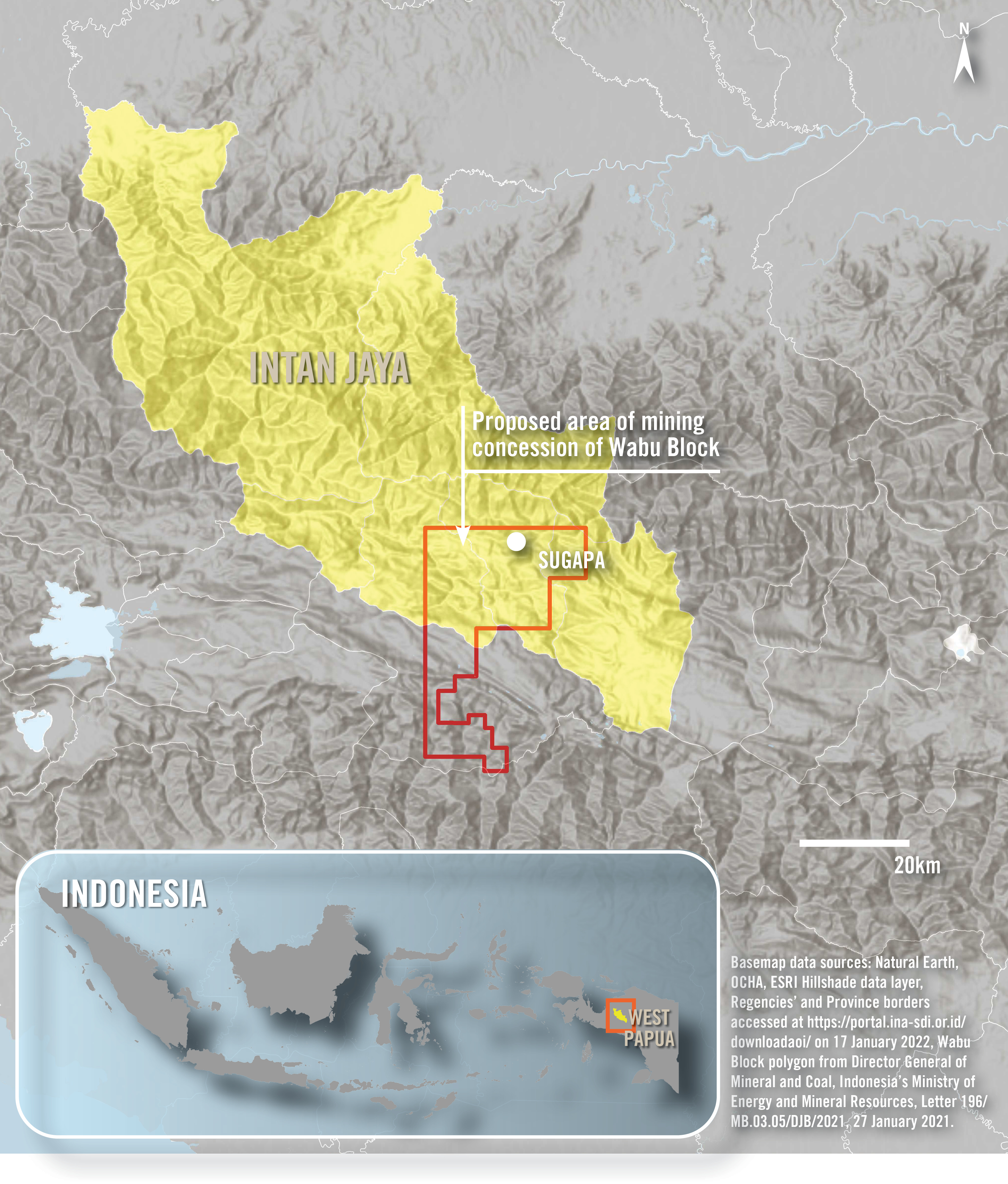 How can gold mining plans in Wabu Block move forward without consideration for the rights of Indigenous Papuans in the region, particularly without their free, prior, and informed consent?

Indonesia has legally recognized, respected and vows to protect the rights of Indigenous peoples, including their rights to their lands and territories. Unfortunately, the voices of the Indigenous Papuans are increasingly ignored, even though they will be aversely affected by the risk of environmental damage and the loss of their livelihood due to the proposed mining activities in the Wabu Block.

We need your help in urging the government to prioritize the human rights of Indigenous Papuans!

We call on the government to:

You can have your voice heard too! Join us in sending a letter to the President of the Republic of Indonesia, Joko Widodo, demanding him and the government to prioritize, respect, and fulfil the human rights of Indigenous Papuans and to end all forms of violence, repression and conflict.