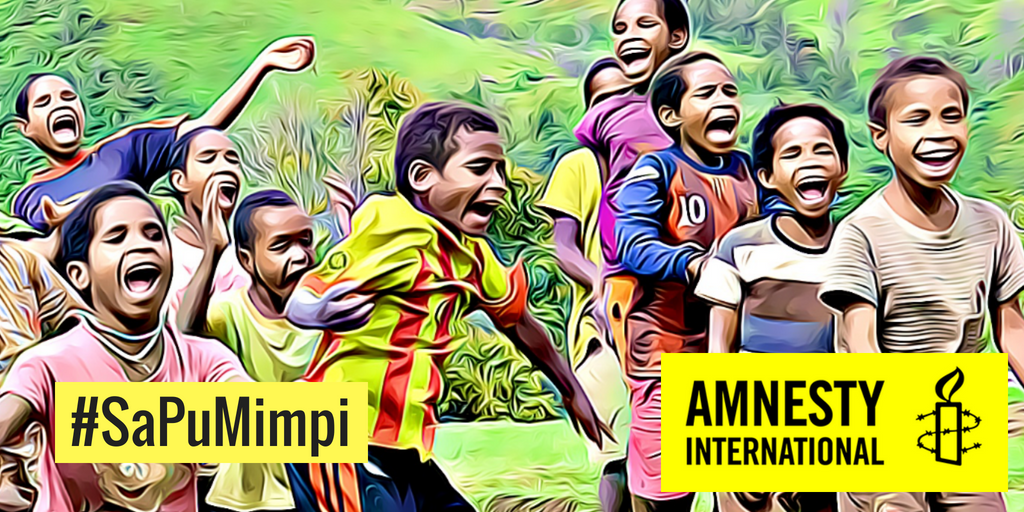 We were about to have a lunch together. Outside, in a field not far from our house, locals gathered for a Waita, a tradition of peaceful protest we have in our village. My brother, Alpius, decided to go out and join his friends. He went outside with joy only to be shot soon after. He died on the scene. His dream of becoming a civil servant was pierced by gunshot. He was only 18 -- Yohanes Youw (Alpius’ older brother).

It started when a group of Papuan teenagers reminded a police officer to turn on his vehicle’s headlights during the Christmas eve. Offended, the officer and his colleagues beat up the 11 teenagers whose ages range from 10 to 16 years old.

The Paniai tragedy is one of many cases that have not been resolved until today. There are 69 unlawful killing cases in Papua that happened in the last 8 years. Perpetrators have yet to be brought to justice and are still walking free.

President Joko Widodo has pledged to bring welfare to the people of Papua and to resolve the Paniai case.

We are hoping that President Joko Widodo can also be the first President to bring justice to unlawful killing’s victims and their families.

#SaPuMimpi or in English: I have a dream.

I urge you to immediately lead an independent investigation to resolve the Paniai tragedy and ensure the victim’s families are supported.

Yulianius, Alpius, Simon and Apinus were Papuan teenagers who were supposed to have a chance to pursue their dreams and contribute to making Papua a better place.

We believe that now we have a rare opportunity to end this chain of injustice and violence.

Your leadership can make past cases the last ones. Let's start a new legacy where Papuan kids can have the safety and security to purse their dreams.